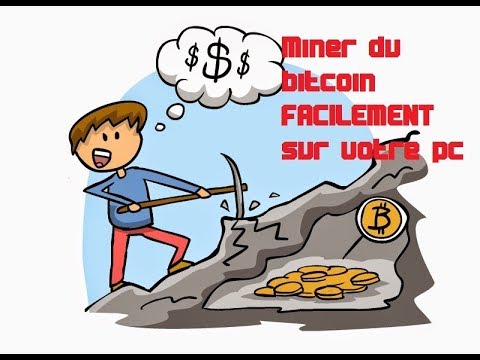 What is Blockchain Technology?

Monero mining, the road to hell.

You know it started out innocent enough. One friend at work started talking innocently about Monero and before I knew it I had hooked the work PC up to Minergate and had started mining. After I day I saw Moneros slowly ticking in and felt that it needed to go faster, so I downloaded the client as well on my gaming PC at home, but I wasn't able to use the graphic card, the Moneros were still ticking in at a too slow rate.
I did some more reading and found out that Minergate was the devil, that the way to go about this was to set up my own wallet and mine using a client, directly toward a pool. First I created a web-wallet, but then I remember MtGox and all the trouble with bitcoins being lost, so I created a shell wallet on my file server at home and downloaded a few clients, compiled, compared, tuned and after a while I started to see some real Monero dripping in. I managed to get the NVidia miner up on my gaming rig with the juicy 980Ti card and that really made the difference, but I wanted more.
I work with grid solutions/high performance computing and at work we have a lab where I can basically set up whatever equipment that I want (within reason) and latch on to work's power grid. I decided to set up a dual GPU system and just leave it running in the lab area where we have the consoles and do general close proximity work to make things work in the real lab. I did not have a casing so I ordered everything I needed and after some troubleshooting (BIOS did not support the Kaby Lake CPU) I got things up and running on 2xRX480 cards, nicely hashing in on about 630H/s on each card.
In the mean time, to maximize my Monero flow I had turned every device, work and private into CPU and GPU miners, every clock tick squeezed for maximum utilization and at one point I even ran clients on useless Raspberry PIs, slow file servers and Beagle Bone Internet of Things cards, yielding no more than 3-6 H/s. It all added up, but I still needed more.
I started looking into building a real mining rig. I ordered an AMD Motherboard, more PSUs, CPU, RAM, USB risers, etc. and I got a rig frame flown in from China at a reasonable price. In the meantime I had already ordered another RX480 which were idling on my work desk while I was building the rig. The rig was being set up at my work desk, sitting next to my work PC which also was mining Monero at full capacity when I wasn't at work. GPU mining needs to be off if the system is to be used without severe graphics lag.
I had installed 2 GPU clients on my home system as well, one that really bogged down the system, rendering it unusable for anything except mining, the other setting I could easily do other work, web-browsing and such without too much lag from the graphic cards. Whenever I left for work or went to sleep I put the heavy load version on, and when I got home from work or woke up in the morning, my living room was warm and cozy, at least 4-5'C above the usual.
By now I had gathered 5 GPUs which had completely filled up my mining rig. Achievement unlocked! Although I still had some debugging work to do on it (random crashes) it still would run smoothly most of the time. The Monero is pouring in, about $10 USD worth of Monero each day, from both my rig and the myriad of fileservers, gaming and work PCs, and stupid little devices that were designed for completely different things. The value of Monero had increased from about $12 USD to $30 USD during this time, everything was with a promising outlook.
Then, yesterday it occurred to me, I did move 2 cards from the first PC that I bought, to the mining rig, which means that I could get two new cards and put into that one. So, I have just ordered myself two more RX480 (which by the way are much nicer for Monero mining than the RX580s) and as I am sitting here, having just ordered those cards, I am already planning the next step, moving the first motherboard out of the PC and latch it on to a rig and connect 2 more cards (it's a mATX motherboard with 4 PCI-e slots)
But now, I am wondering, where will this all end? Have I become a Monero mining addict? How many rigs and graphic cards do I need to finally feel satisfied? When do I get enough? And will this short term bankrupt me completely? Well, at least I am not using money on booze, drugs or hookers, but it still feels like an addiction.
Any words of advice or comfort appreciated...

Battle Over Bitcoin: China Backs US Startup Coinbase And US Falls Behind In Virtual Currencies.